With deep sadness we announce the sudden passing of Aldo Antonelli on October 11. The announcement from the UC Davis Department of Philosophy follows. If you would like to share your memories of Aldo or express your condolences, please do so at the UC Davis website. 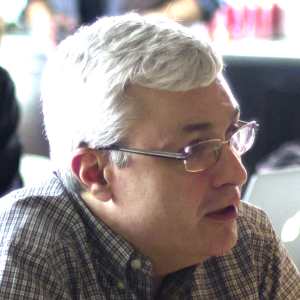 Our colleague, friend and collaborator, Aldo Antonelli, passed away suddenly on Sunday, October 11, 2015 while bicycling in Sacramento, California. He is survived by his partner, Elaine Landry, brother David, sons Federico and Riccardo, and their mother Giovanna Fogli.

Aldo Antonelli was a professor of philosophy at the University of California, Davis. An expert in pure and applied logic, his research largely focused on issues in defeasible reasoning and non-monotonic logic. His more recent work in philosophy of logic was concerned with  applications of generalized quantifier theory and abstraction principles to the foundations of arithmetic in the more general context of Fregean foundations, as well as making contributions to Frege scholarship.

Together with his partner and colleague, philosopher of mathematics Elaine Landry, Antonelli established philosophy of logic and mathematics as a focal point of scholarship in the Davis department. Antonelli was a member of the Association for Symbolic Logic, the American Philosophical Association, the Philosophy of Mathematics Association, and the Society for Exact Philosophy. He had served as coordinating editor of the Journal of Philosophical Logic and the Review of Symbolic Logic. He taught at Pittsburgh, Yale, Stanford and Michigan State, before joining the University of California, first at Irvine in 1998, and then moving to UC Davis in 2008.

I grew up in Torino, Italy, where I received my undergraduate education. After a brief stint in corporate R&D, I ended up in Pittsburgh, pursuing a graduate degree at Pitt. I taught here and there around the country for a few years before obtaining my first tenure track job. I then spent ten years at UC Irvine, including two years while on assignment abroad, before coming to Davis. My Erdös number is 4 (Paul Erdös to Joel Spencer to Nuel Belnap to Rich Thomason).

Contributions in Aldo’s memory may be made to a fund in support of graduate students working in logic and philosophy of logic. Please write checks to: UC Davis Foundation, marked “Aldo” and mail to: Chair, Department of Philosophy, One Shields Avenue, Davis CA 95616 USA. You may donate via credit card directly through an Antonelli Memorial Fund Giving page at the UC Davis website.

Posted: 4 February 2015 | Author: Aldo Antonelli | Filed under: Events of Interest, PMA news | Leave a comment
The current officers and board members of the PMA will complete their terms effective June 30, 2015.
The Association recently conducted an election to choose replacements. The results of this election are as follows:

The newly elected officers and board members will assume their positions effective July 1, 2015.
Congratulations to all!